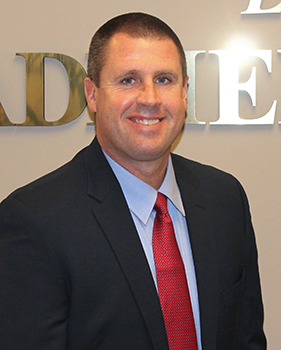 Admitted to California State Bar and U.S. District Court for the Central District of California

Mr. Ferron was awarded the Cali Award for Academic Excellence in the Fall of 2001 while attending Chapman University School of Law. During his third year, he served as an extern for the Honorable W. Michael Hayes of the Orange County Superior Court, where he researched and drafted legal memoranda and presented recommendations to the Court for rulings on pending issues. Mr. Ferron also researched and drafted a detailed legal opinion regarding legal document assistants and the unauthorized practice of law.

Mr. Ferron served as a Legislative Assistant for former California State Assemblyman Bill Leonard in 1997 and was a law clerk at the Legal Aid Society of Orange County from March, 2002 through May, 2003, where he assisted clients on an individual basis with legal matters.

Mr. Ferron has been named a Southern California Rising Star by Law and Politics Magazine for several years.

Mr. Ferron joined the Law Offices of Adrienne D. Cohen as a law clerk in September, 2003, was an associate from 2003-2013, and became a principal in February, 2013. His practice includes insurance coverage and defense, as well as general business litigation.