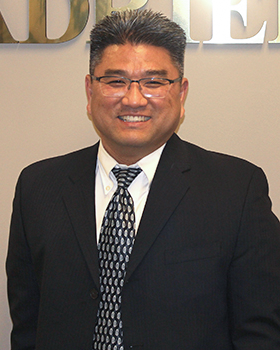 Admitted to the California State Bar, the Texas State Bar, and the U.S. District Court for the Central District

While attending Loyola Law School, Mr. Kim served as an extern at the California State Court of Appeal (Second District, Division Seven) for the Honorable Earl Johnson, Jr. During his externship, Mr. Kim researched and composed drafts of judicial opinions, including Kotlar v. Hartford Fire Ins. Co., et al, 83 Cal.App.4th 1116 (2000), in which the Court held that insurance companies are required to send a notice of cancellation to additional named insureds. Additionally, Mr. Kim served as an extern with the Disability Mediation Center in Los Angeles, where he conciliated a landlord/tenant dispute and assisted with the mediation of employment discrimination disputes.

In February, 2003, Mr. Kim joined the Law Offices of Adrienne D. Cohen as an associate and, in March 2012, became a Principal at the firm. His practice includes insurance coverage and defense and general business litigation.